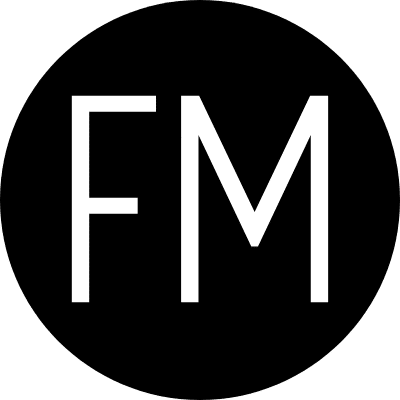 The Flour Mill is an exciting project that aims to restore this historical building back to its former glory.  Although it will provide unique coworking and office spaces right in the heart of Dundee, the team at Flour Mill Dundee are excited and passionate about ensuring the heritage of the building still remains.  Consequently, part of our work to ensure this happens is to research and know the history. This blog digs into the timeline of the building starting in the 1800’s.

The Industrial Revolution in Dundee

The industrial revolution in the 19th century grew Scottish towns and cities vastly. Particularly notable is the development of the textiles, ship building and whaling industries. As a result, there was a vast increase of mills in Dundee. The city saw a substantial increase in population  from around 26,000 people in 1801 to 166,000 people in 1840. And Flour Mills were a great source of job opportunity as bread was a popular and key food source in the 19th Century.

Evidence suggests that the Flour Mill Dundee dates from 1820.  Where it was formerly known as Castle Flour Mills. The “Castle” part inspired by the old medieval Castle of Dundee on which the mill now stands- destroyed by Robert the Bruce back in 1313.

The Flour Mill was a much taller building than it is now.  Originally 7-storey wall with an attic, it seems it was reduced to the current 5-storey in the later part of the 19th Century.

The close in which the Flour Mill sits allowed easy access to the harbour and a nearby burn.  We believe that water was a vital power source in the mill and have found evidence of an old water lade that ran through the basement area.

The basement of the building is believed to date back to the 17th century, possibly earlier. This area is at the heart of medieval Dundee. And it is believed that it may have been linked to Castle Hill house and it’s thread making works.

The Car Park area in which the Flour Mill sits is the roof of the vaults discovered in Dundee. These vaults used to be the home of more winding streets and merchants and dates as far back as the 1700’s. Unfortunately, there is currently limited access to the vaults due to safety reasons.

Transportation of stock at this period was generally by horse and cart owned by the mill. The horses were kept in stables, in what is now the ground floor of the Flour Mill. You can still see the structure of where the stables used to be. We even have a couple of newspaper advertisements dating back to 1863 with the sale of “a very handsome pony” and 1869 where Castle Flour Mills auctioned off their “very superior” horses, carts and harnesses.

The first evidence of the struggles of Castle Flour Mills came to light in 1865 where the Mill was put up for let.

“The Mill erected in 1855, is of modern construction, has Four Pairs Stones, with all the necessary Machinery for Manufacturing Flour, driven by a Condensing Steam Engine of 25 Horse-power (nominally), with an abundant supply of Water.”

The steam engine became a predominant form of power in Flour Mills in the 19th century during industrialisation. Before this, power was sourced from wind and water. It was James Watt (a Scottish inventor) who re-worked the original steam engine design and patented it.  Making not only a substantial contribution to the industrial revolution, but to the improvement in the manufacturing of flour. Some equipment from the steam engine can be still found in the Flour Mill today.

1865 saw a Mr R.S Jamieson taking a lease of the Castle Mill at a rent of £250 for 10 years. But three years later tried to sell or let the building again. It is clear during this three year period that Jamieson tried to extend the business of the mill:

“The Mill contains Six Pairs Stones (with ample room for extension), Belting and Silk Machines, Elevators and Screws, and generally new appliances for carrying on the business. There is an Oat Bruiser in the Mill, and the storage attached both for grain and flour is most ample.”

1869, saw the bankruptcy of Jamieson and Castle Flour Mills due to heavy losses in 1867 and 1868. The equipment of the mill was sold off in auctions to cover the bankruptcy bills. The fall of the Flour Mill was likely due to technology innovation and cheaper foreign imports at the time.

other posts you may enjoy Episode 10 – Meet Col the owner of Pixels Ink and Rock Your Brand. Col is a certified brand specialist and identity designer, helping businesses Episode 9 – Meet Gordon the Head of Policy and Strategy at Urban Foresight – the UK’s leading place-based innovation consultancy. They work with ambitious organisations Nowadays, more and more companies are choosing to adopt a hybrid work model. This new concept allows employees to flexibly work from home part-time. While

This website uses cookies to improve your experience while you navigate through the website. Out of these, the cookies that are categorised as necessary are stored on your browser as they are essential for the working of basic functionalities of the website. We also use third-party cookies that help us analyse and understand how you use this website. These cookies will be stored in your browser only with your consent. You also have the option to opt-out of these cookies. But opting out of some of these cookies may affect your browsing experience.
Necessary Always Enabled
Necessary cookies are absolutely essential for the website to function properly. These cookies ensure basic functionalities and security features of the website, anonymously.
Functional
Functional cookies help to perform certain functionalities like sharing the content of the website on social media platforms, collect feedbacks, and other third-party features.
Performance
Performance cookies are used to understand and analyze the key performance indexes of the website which helps in delivering a better user experience for the visitors.
Analytics
Analytical cookies are used to understand how visitors interact with the website. These cookies help provide information on metrics the number of visitors, bounce rate, traffic source, etc.
Advertisement
Advertisement cookies are used to provide visitors with relevant ads and marketing campaigns. These cookies track visitors across websites and collect information to provide customized ads.
Others
Other uncategorized cookies are those that are being analyzed and have not been classified into a category as yet.
SAVE & ACCEPT
Powered by